More from The Spectrum of Opportunity Conference, Parent Panel

Here is another great speech from the great Spectrum of Opportunity conference. Hopefully you can get encouraged by Duval Capozzi’s speech. I recently posted his son, Samuel’s speech, and here Sam’s father tells the story of from a father’s point of view. Importantly, he seems to have no interest in regret or in feeling down about the time his son didn’t communicate. Rather, he rejoices in the miracle of his son going from silent and unable to communicate and believing his son had no ability to understand basic concepts, to a son who types his thoughts and is now a freshman with a 4.0 GPA in a university. I hope that many parents take his message to heart and rethink autism.

Good afternoon! My name is Duval Capozzi, I’m Samuel’s dad, and I am in the honored role of being a Dad’s voice! As involved as I have been, I must say—most of these moms, my wife included are “Navy Seal Moms!!”

Samuel’s name means, “asked of God’, and boy, did God answer! He’s been our biggest blessing, and his life has enriched ours in incredible ways. We have delighted in him all the days of his life!

Samuel started to communicate using the letter-board and iPad at the age of 16 ½ in May of 2012. To some that would be late in the game while for others maybe not. Either way, it was perfect timing for us—perfect timing for him. He was so ready; he took off like a rocket! As far as I understand, his response to learning and implementing the method was quicker than most. I’m not sure why, but it was.

A year before that, my wife Kathy started to research and pursue RPM (Rapid Prompting Method) and suggested that we visit Austin, Texas and visit Soma.Now, at first I was very cautious and not as excited as her (tried many things and have spent lots of money on things that gave little results).

So we saved up, got on the list and made the trip in May 2012. Initially, we were hoping to get some novel phrases from Samuel—something that truly came from him, not something memorized. Boy, did we get the shock of our life!

While we were there, Samuel was able to share several personal feelings that we never heard or knew about him, and his communication started taking on a whole new meaning during that week. We were shocked. We are his biggest fans and advocates, yet even we had no real idea of what was going on in our boy’s mind. We knew he was capable of so much more than he was able to articulate or demonstrate, but we had no idea!

We came home and within two weeks, Samuel was spelling out simple conversations, explaining what his faith in God meant to him and that he wanted to get baptized. First things first!

He began asking questions about marriage/girlfriends. Could he learn how to drive? And he wanted a cell phone and Facebook account. We laugh because he was after all a teenager, but this is stuff we had no idea he either understood or cared about. We were continually surprised at what had been hidden inside of him. We sometimes still are. These are things we were resolved to not know…to never hear this side of heaven. Can you imagine our shock? Our joy? Our relief? We could ask him if he was in pain. We could ask him how he felt. We could ask him what he wanted to do, eat etc.!

Our understanding of him, of autism, and how to support meaningful communication with him was so misguided, was so wrong. As you can imagine, our hearts and minds were elated! Our life as we then knew it what was forever changed!

We have homeschooled Samuel since 2nd grade for a number of reasons. As he described, he went from VERY remedial math to pre- algebra from May to August of the same year. My wife sat with him all summer remediating and discovering any gaps that he may have had. In high school he took 3 years of Latin (Why) He said, “Because I want to be a lawyer!” Talk about a shock!

To give you an idea of where we were at this time, we had no idea that he even knew what a lawyer was. I think this is key—key because no matter which direction you go as a parent, educator, therapist or otherwise—just because someone is non-speaking doesn’t mean they are non-thinking. My son taught me that—in a new way—in a life changing way. He told us over and over that, “I was ALWAYS LISTENING.”

He was learning, as he describes as ‘incidentally’ all the time. How we think. How we act. What we expect from our kids and loved ones MATTERS. We won’t speak to our loved ones as if they understand if we don’t believe that they DO understand. We won’t invest in someone if we think they’re not understanding-they are. I hope this is a Take-Away for someone today.

Again, Samuel graduated high school last June and is nearly finished with his first year of college at CSU Channel Islands as a Political Science major. Samuel believes he has a calling in his life to be an advocate for those who have special needs, for those he believes are marginalized and misunderstood. He says “I want to be a voice for the voiceless” —I know what that’s like.

Frankly, for 16 ½ years Samuel was unable to tell us what he really wanted, what he thought, or how he REALLY felt. He didn’t have a voice. He was trapped. Now we can, and do, have deep conversations about life and his future. It’s priceless.

As you can imagine, it has been such a healing time for him and for us. This has made an amazing impact on our son’s quality of life and on our family’s life, and I am so glad I listened to my wife and went to Texas back in 2012.

He still deals with the various trials of having autism, living with a diagnosis of autism is very difficult for most people. But now he can learn and communicate like others even if in a slightly different way.

I truly hope this has helped some of you to understand our son’s journey to meaningful communication. What a joy to be sharing our Samuel and his breakthrough with you today!

*Afterthought- not every person’s response will be exactly as my son’s was. Nonetheless, searching for a reliable means of communication for your loved one is important. 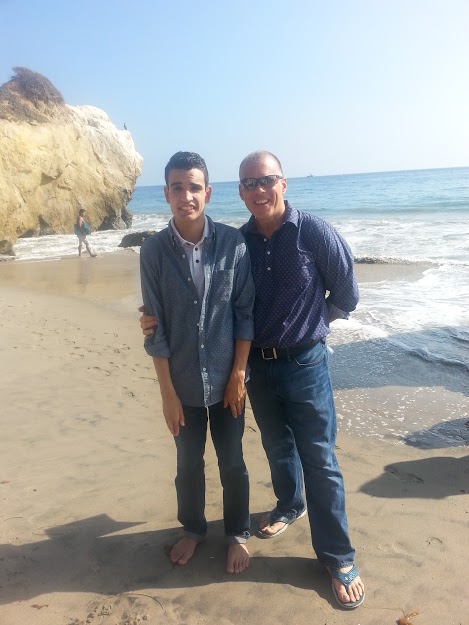 Words from a College Student with Autism

My good friend, Samuel Capozzi, wrote this fine and informative speech for the all-day conference on nonverbal autism held at California Lutheran University last weekend. I am delighted to share his powerful message. 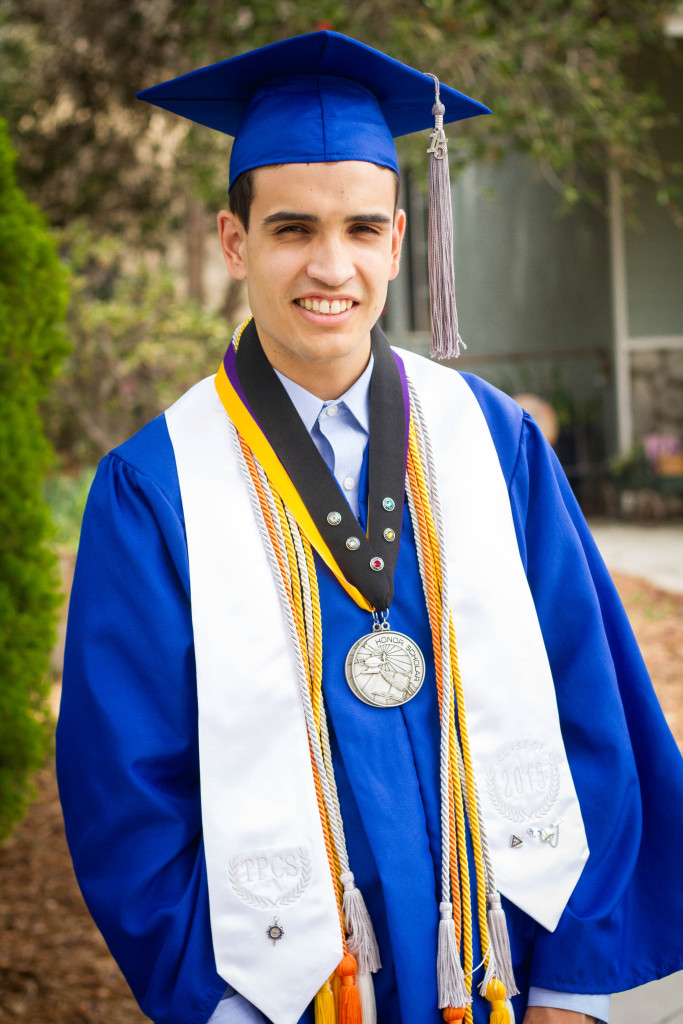 I once read that “God often uses our deepest pain as the launching pad of our greatest calling.” I believe this is true in my young life. Good morning, my name is Samuel Capozzi, and I’m a freshman at Cal State Channel Islands
in Camarillo. I am also pleased to be on the board of Autism Society, Ventura County. I have a diagnosis of moderate autism, and I’m considered non-speaking and non-writing. I only began typing to communicate about four years ago. A lot has happened in that short span! As a matter of fact, my entire life changed.

My communication breakthrough happened in the middle of high school. At that time, I was unable to expressively communicate all that I was taking in, all that I learned, and all that I hoped to achieve. I was reading Dick and Jane readers and doing double digit addition at 16 years old. This was a dark, dark time for me. After more than sixteen years of silence, I felt like I might never be heard, like I might never be understood, and like I might be treated as a toddler
for the rest of my life. To say that my hope was realized in May of 2012 would be a huge understatement!

I think it’s important to know that I didn’t suddenly learn everything with RPM, I was learning all along. I’m thankful my mom read to me at higher levels and showed me educational videos. I also did a lot of incidental learning. It’s a very hard thing to be deprived of rich, age-level learning experiences—experiences most people take for granted.

Life changed when my faithful parents took me to Austin, Texas to learn RPM—the method I use to communicate. Needless to say, many tears were shed in the Capozzi home upon the realization that not only do I understand what is being said, but that I also have excellent reasoning skills and a keen sense of humor!

My remaining high school years were jam-packed with academics which I thrived on! I was even my Mock Trial team’s journalist. It was a whirlwind of an experience, as I responded unusually quick to learning RPM. My high school counselor and teachers were extremely excited about and supportive of my new found means of communication. This was so important as I ‘spread my wings’ in my new world of communication, conversation, and academics. My Latin teacher
took a real interest in my journey, and this made me feel so supported and encouraged. She even read Ido’s book out loud to her family! Just one teacher can make a big difference.

By God’s grace and pure grit, I graduated with honors and managed to take the SAT. Not only was arranging for the necessary accommodations difficult and time-consuming, but I also sat for the test for over 6 hours! So did my friend, Ido. Nonetheless, I am thankful the College Board was willing to work with us on this because I know it will benefit others who face complex communication challenges in the future, and hopefully some of you here today!

As our understanding of autism evolves and increases, I am optimistic that accessing an appropriate education won’t be as challenging for others who communicate differently.

I was accepted at all three universities that I applied to, including Cal Lutheran, and offered scholarships based on academic merit and community service. In the end, I chose Channel Islands because I believe they were the best prepared for a student like me. Go, Dolphins!

Since attending CI, I love learning, walking the halls of a university, and obtaining higher education. As I understand it, I am CI’s first non-speaking, non-writing student. I simply can’t say enough about Disability Resource Programs at CI. I am truly embraced, and my presence is celebrated on campus. It’s a nice change! What inspires me most is my professors’ delighted
responses and even shocked responses when they hear my cogent answers and read my strong essays. I hope to pioneer a path for other students who communicate differently that may come after me. Knowing this helps me forge on when I become overwhelmed!

Life with autism is challenging and difficult in ways most of you could never understand. So, my efforts in high school and now that I’m in college are hopefully not only for my benefit but also for the benefit of my peers and society as a whole.

Autism is now a big part of our society with the prevalence at 1 in 68 births. With what we know, now is the time to re-think autism and give it a new face. Yes, life with autism has caused some of my deepest pain; however, living victoriously with autism is also my greatest calling. I am profoundly grateful to have meaningful communication, and I hope that I have helped some of
you to better understand its importance for everyone.