Another Blast from the Past- A Challenge to Autism professionals

A Challenge to Autism Professionals

No Dog Training for Humans 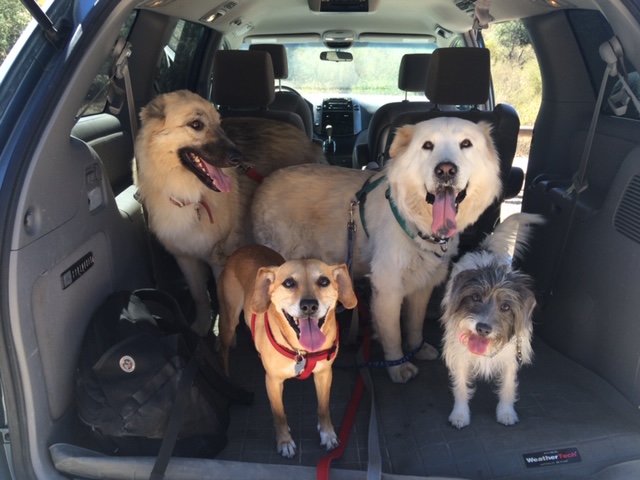 This intriguing article from The Aspergian got me thinking. The author, Carol Millman, (whose biography at the end of the article says she has a diagnosis of autism and is a dog trainer), took a hard look at ABA and compared it unfavorably to dog training. It is well worth a read.

She writes that good dog training takes into account the needs of the dog. After all, an active dog needs exercise, not to learn to sit quietly with no stimulation all the time, because that’s not good for the dog, nor is it in the dog’s nature. It can learn to be a good dog, just not a different sort of dog than it is. For example, no one would think to try to convert a lapdog, like a bichon frise, into a retriever dog that swims for ducks, or into a sheepherder tending to an entire flock. The nature of these breeds is hard-wired. So the high-energy dog can’t be trained to become a low energy dog. It can learn to sit, stay and behave itself, but it can’t learn to be a couch potato dog. Exercise it. It will be a better dog.

Millman argues that ABA is not taking into account the nature and needs of autistic people. She likens it to conversion therapy, and tellingly, ABA founder, Ivar Lovaas was an early practitioner of that disputed treatment, claiming, as he did with early ABA research, that many of the recipients of his treatment appeared to be indistinguishable from their typical peers. But this doesn’t factor in emotional wellbeing or inner needs. Saying “hands down!” over and over doesn’t stop an autistic person’s neurological need to move his hands. ”Scientific” ABA thinks commands are treatment enough and the root causes of behavior are irrelevant.

Hands down! Quiet hands! Mouth quiet! All done!
Blah and blah and High Five! Good job! And that, plus data collection, is “science.” Perhaps if they can explain why ABA fails to help so many people with so-called “severe” symptoms it would be worth a read in a scientific journal. As it is, they just have to say that the person’s autism is “too severe” to be helped.

Millman argues that ABA is indifferent to the nature of autistic people, that it is so programmed to shape autistic people into normal appearing facsimiles, it misses the humanity of the person. The wiggling, high energy, motorically restless kid can’t just be trained to stop wiggling, to stop jumping or flapping. The need to move is in his neurology. But he can move more purposefully, exercise more, learn to have more self-control and learn to communicate his ideas.

Millman’s essay largely focuses on the robotic ABA training of someone who can communicate verbally. I argue that for the autistic nonspeaker, ABA is so much worse in so many ways.

Imagine that the entire purpose of your “gold standard” training is to make you appear normal, but your body won’t let you show what you know. Your artificially cheerful, baby talking instructors treat you like a thick-witted infant and drive you nuts with repetitive, remedial drills and flashcards, well below your actual cognitive level, all the while misinterpreting the real essence of your disability, and mistaking a motor issue for an intellectual one. I have seen this result in some pitiful situations, and I say “J’accuse” to people who won’t consider that they may be wrong, even sometimes, occasionally, or possibly in certain cases.

My novel, In Two Worlds, has a lot to say about this.

Autistic people can learn to communicate, to exercise, to be educated and to reduce their stims, but they can’t learn to become a non-autistic person. I am in favor of learning skills and information.
I reject the dog training of people.

A Challenge to Autism Professionals

The theories regarding autism have been based on observation of our odd behaviors. Lists of these behaviors make a diagnosis. I have limited independence in selfcare. I have limited eye contact. I have flat affect often. I can’t express my ideas verbally. I have poor fine motor control. I have impaired initiation. I have impaired gross motor control. I have difficulty controlling intense emotions. I have impulse control challenges and self stimulatory behavior.
Whew. When I write that it sounds pretty bad, but I function adequately in this world. I am now 17 and I am a fulltime high school student in a general education program. I am in Honors Chemistry, Honors US History and Honors English. I am in Algebra 2, Spanish and Animal Sciences. I get straight As. I work out with a trainer 2 or 3 times a week to get fit. I study piano. I hike, cook, and help take care of a horse. I am invited to speak at universities and autism agencies. I am the author of Ido in Autismland, and a blogger as well. I have friends.
I say this, not to brag, but to let you know that people like me, with severe autism, who act weirdly and who can’t speak, are not less human, as Dr. Lovaas suggested, and are not doomed to live lives of rudimentary information and bored isolation.( “You have a person in a physical sense — they have hair, a nose and a mouth — but they are not people in the psychological sense,” the late Ivar Lovaas, a UCLA researcher, said in a 1974 interview with Psychology Today).
I communicate by typing on an iPad with an app that has both word prediction and voice output. I also  communicate by using good, old-fashioned letterboard pointing. If I had not been taught to point to letters or to type without tactile support, many people would never have realized that my mind was intact.
My childhood was not easy because I had no means to communicate at all, despite my 40 hours a week of intensive ABA therapy. I pointed to flashcards and I touched my nose, but I had no means to convey that I thought deeply, understood everything, but was locked internally. Meticulously collected data showed my incorrect answers to flashcard drills, but the limitations of theory are in the interpretations.
My mistakes were proof to my instructors of my lack of comprehension or intelligence, so we did the same boring, baby lessons year after boring year. How I dreamed of being able to communicate the truth then to my instructors and my family too, but I had no way to express my ideas. All they gave me was the ability to request foods and basic needs.
Here is what I would have told them if I could have when I was small. My body isn’t under my mind’s complete control. I know the right answer to these thrilling flashcards, unfortunately my hand isn’t fully under my control either. My body is often ignoring my thoughts. I look at my flashcards. You ask me to touch ‘tree,’ for example, and though I can clearly differentiate between tree, house, boy and whatever cards you have arrayed, my hand doesn’t consistently obey me. My mind is screaming, “Don’t touch house!” It goes to house. Your notes say, “Ido is frustrated in session today.” Yes, frustration often occurs when you can’t show your intelligence and neurological forces impede communication between mind and body and experts then conclude that you are not cognitively processing human speech.
In my childhood I feared I would remain stuck forever in this horrible trap, but I was truly fortunate to be freed when I was 7 when my mother realized my mind was intact, and both my parents searched to find a way to help me communicate without tactile support.
Thousands of autistic people like me live life in isolation and loneliness, denied education, condemned to baby talk and high fives, and never able to express a thought. The price of assuming that nonverbal people with autism have impaired thinking is a high one to families and to people who live in solitary confinement within their own bodies. It is high time professionals rethought their theories.