I am happy to let you know about two new books that rely on the writings of autistic typers to understand autism. Professor Edlyn Pena of Cal Lutheran University has edited two compilations of essays, one more scholarly and in-depth, the other using more contributors, but briefer. I have contributed my two cents to both books.
Last weekend people came to Cal Lutheran University for a conference celebrating the books’ publications and met with eight of the ten contributors to Communication Alternatives. It was a happy day seeing the changes in attitude and recognition since I started on my typing journey.
I hope this film from the conference will move you. Our messages are honest and truthful. They are also messages from autistic people themselves.

I hate to be a pain, but I felt I must juxtapose the last film with this one. This is what we are up against. Who do you trust to understand autism better?

No more talking about us without us.

A Little Taste of ‘In Two Worlds’ 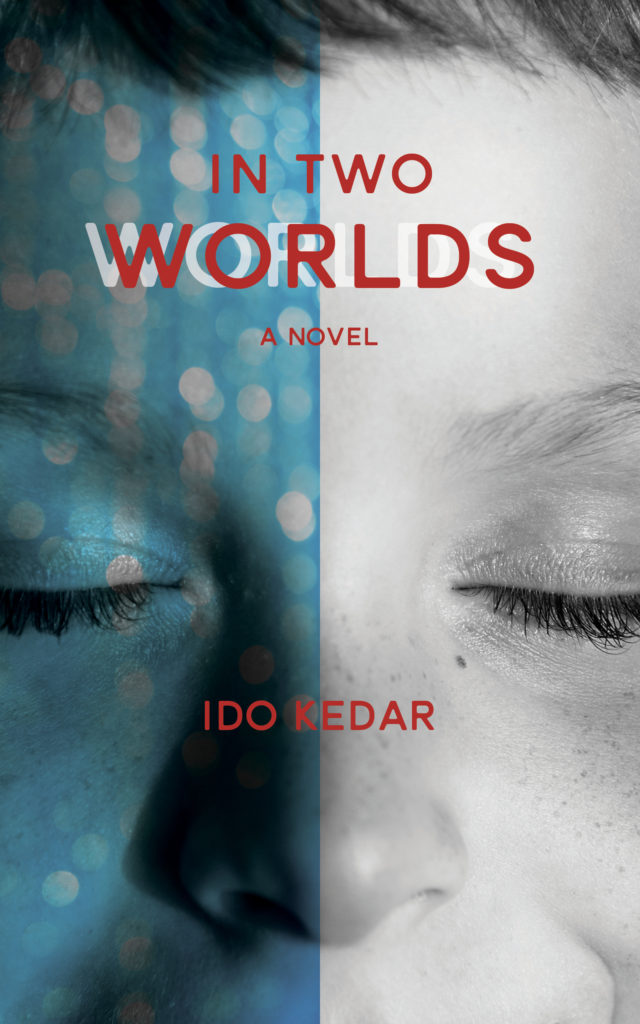 Here’s a little taste of my new book, In Two Worlds, in which you meet the protagonist, Anthony, and his family. This is Chapter 1, ‘Beach Day.’

If you enjoy this sample, please check out my book on Amazon, available in paperback and kindle, and as an ebook at Smashwords.

Anthony enjoyed going to the ocean. He loved the cold water on his hot body. He loved the hot sand tickling his bare feet. He loved the sensory pleasures of the ocean breeze on his skin, the whitecaps breaking and the seabirds running after the waves. He enjoyed finding seaweed that washed ashore and stomping on the air bubbles. Seaweed was enticing. It twirled and trailed after Anthony in fascinating patterns. Putting it all together, the ocean was a huge rush, thrilling every sense, even taste.

“Anthony, take the seaweed out of your mouth!” his mother yelled. The three boys were playing in the sand. Mark had prepared a long path meant to funnel the tide. Little Gary played with his toys, attempting to build a tower of sand. And Anthony, who had resisted all attempts to get him to make his own tunnel or tower, was sitting nearby running sand through his fingers and loving the feel. He stared, mesmerized at the sight of the sand tumbling in falling columns to the sand on his feet. He had to taste it. The urge was overwhelming. Oh no, not again. Anthony’s father jumped up.

“No, no!” He brought a towel and wiped Anthony’s tongue. The people lying closest to Anthony’s family were staring. “Give him some water,” his dad yelled to Anthony’s mother. “I can’t get it all.” Then he stared sternly at his son. “No eat sand, Anthony,” he said in clipped broken English. “No, bad. Bad.”

Part of Anthony wanted to eat more sand just because he hated baby talk so much. Compulsions were hard to take. They were like a body ordering a mind. It wasn’t as if Anthony enjoyed a mouth full of sand. It was gritty and tasted salty and he felt a bit like gagging. He saw his brothers pretending they weren’t with him. He saw his father’s shame. If Anthony could have explained, he would have told his parents that he had to obey the compulsion. It didn’t matter that the sand was gross in his mouth or that he looked like a strange oddball to the strangers who were staring with such curiosity. His body ordered him to eat sand, so he ate sand.

His impulsive acts were like a lizard hanging out on a rock and without thought ambushing the cricket that wandered by. Like the lizard, Anthony lived with impulsive actions governed by his primitive brain, but unlike the lizard, they often were not functional. A lizard eats his cricket to survive. Anthony’s impulses, like pulling petals off flowers or eating strangers’ leftover scraps he found on the tables in the mall food court or putting sand or seaweed in his mouth, seemed idiotic, harmful, or just plain weird. But he had no means to resist these compulsions.

“It isn’t good, Anthony,” his father said. He took Anthony by the hand to play in the waves. Gary took his father’s other hand. The moist sand vanished under Anthony’s feet. Anthony bounced up and down on his toes and waved his arms in the air, excited. The three of them jumped over the approaching waves over and over. Finally, Anthony tumbled forward and brought his hand deep into the soft, muddy sand. There was no stopping himself. He put a handful of it into his mouth. “I can’t take this any longer,” Anthony’s father muttered. He brought Anthony and Gary back to the towel. “He did it again,” he told Anthony’s mother.

“No, no, no!” cried Gary. “It’s not fair!” He was right. The family obeyed Anthony and his impulses too often. “I want to stay longer, please.”

“He has autism,” Anthony’s father yelled to the staring strangers. They turned their heads, embarrassed at being noticed. “Fine, let’s go play ball,” he called to Gary and Mark, “and maybe,” he suggested to Anthony and his mom, “you two can stay here on the towel.” Anthony’s mom gave him a snack. She poured sand on his legs and dug holes in the sand with him. He started to calm down inside. His mom sang to him and he snuggled next to her. Then she took Anthony by the hand and they went for a stroll by the shore. He felt the velvety sand under his feet squish between his toes with every step. He felt salty and damp. He was happy. When they came back to the towel, after a long walk, Gary’s tower stood, pail-shaped, made by inverting damp sand into a multi-tiered edifice.

Anthony had to obey. He stepped on it.